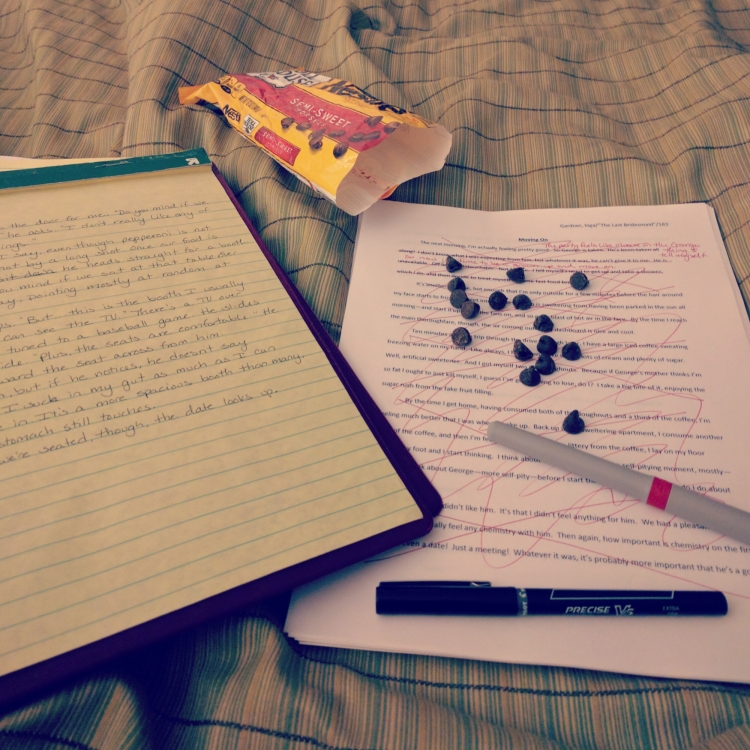 One of the worst parts of writing is the moment when you realize that you’re going to have to completely rewrite a significant section of a work.  It’s not just gutting to have to slash thousands of words, words that you may have felt were hard enough to get out the first time.  But the idea of starting from scratch can be daunting and disheartening.  Like thinking that you were almost at the peak on a particularly hard hike, only to realize it’s just a little plateau and the peak is really another several hundred feet up.

When that happens, I highly suggest chocolate.  Alcohol is tempting, but most people can’t write drunk.  (Most people aren’t Earnest Hemingway, obviously).  But chocolate won’t dull your senses.  It’ll just soothe your bruised soul, remind you that it’s going to be okay, and whisper a few sweet nothings about how you’ll totally go to the gym tomorrow so have another ha dful.  Then you can get back to work.